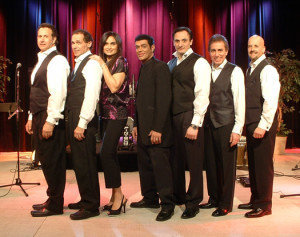 Caress Riccardo and Marcus Simeone have joined forces to create Charisma! — a variety dance band specializing in wedding receptions, corporate events, and public events. Featuring some of the finest musicans in the business, Charisma! will make any occasion an affair to remember. We are professional entertainment planners and will tailor your live music to meet your every whim and desire. This video on our website is just a short sampling of some of the more popular songs and styles we cover, but this is only a small fraction of our repertoire. Please contact NC Entertainment and let your event happen! 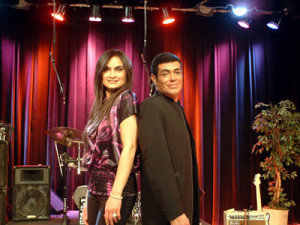 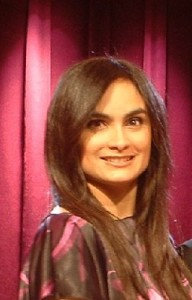 A New York native, Caress has been singing since she could remember. She started recording originals and began promoting them in clubs such as 1018, THE LIMELIGHT, 4D'S  and the BAY CLUB  just to name a few, and then almost went on to tour with the all girls group Pajama Party in the 90's, but decided to pass on the opportunity when she was told that japan would be the first stop, and that was just too far away to be from her children. So here in the wedding industry is where she made her mark and her career. she has played for several bands over the years, but decided to branch out and start her own entertainment company which was the next logical step of course with friend and singer Marcus Simeone to create Charisma. 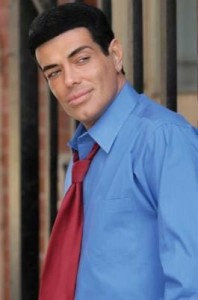 Since his sensational debut in January of 2000, Marcus has emerged as one of the most celebrated singers to grace the stages of Manhattan’s nightclubs since the days of Streisand and the Bon Soir.Universally regarded for his heart-wrenching interpretations of ballads, red-hot jazz sensibility, and powerful pop flair; Simeone's musical genius is in evidence on his original material as well. Earlier in his career, this native of Brooklyn appeared on the original Star Search as well as Showtime at The Apollo.''The sky's the limit for his stratospheric high tenor and his talent. He's got his own voice, as a singer and as an artist... a special sound that deserves to be heard.''
– Wayman Wong, New York Daily NewsMarcus Simeone is both a singer and a songwriter who has been performing in NYC metropolitan area bands, with orchestras on both U.S. coasts, and as a solo act, for the past 16 years. His haunting, multi-octave voice has been compared to many greats including, Al Jarreau, Marc Anthony, and Johnny Mathis.      After having staged nearly a dozen distinct shows over the past five years, Marcus has received multiple awards from the Manhattan Association of Cabarets & Clubs and Back Stage among his many accolades. He has also been invited to perform at the annual Mabel Mercer Cabaret Convention, representing today's scene, numerous times; most recently at the Chicago Convention and Jazz at Lincoln Center, both in 2006.Simeone's new live CD was released in October of 2007 on the Miranda Music label. The eclectic album showcases the various musical styles he has perfected including stunning interpretations of two Stevie Wonder gems, "Sir Duke" and "Too Shy to Say," as well as masterpieces like "I Knew You When," "Nature Boy," "Autumn Leaves," "Brazil" and his original "Never left Behind."